skip to main | skip to sidebar

Our favourite journalistic cliché is out in force once again to describe the “landmark” case of Power v Greater Manchester Police. All the Employment Tribunal decided at a preliminary hearing was that Spiritualism was a religion for the purposes of the Employment Equality (Religion & Belief) Regulations 2003. Although those Regulations have no definition of “religion” Spiritualism has been recognised by the state as a religion for some time and the Charity Commissioners confirmed in 2001 that it passed muster as a religion so it could gain the benefits of charitable status.

As the report at PoliceProfessional.com indicates there are statistics from the 2001 census about the religious make up of the UK – the full figures were:

For those of you wondering the census answer “Jedi” was treated as being the same as no religion.
Posted by SBJ at 19.11.09 No comments:

A warning for all employers that however appalling an employee's behaviour might be you can still end up losing an Employment Tribunal claim. In Gemma Notman v Hair Flair Salon a customer was getting highlights in her hair. She was left with a wound of about two to three inches wide on her head and hair began falling out. She went to casualty and then a burns unit, where specialists said there was a good chance her hair would not grow back.

The hairdresser was suspended following complaints by the customer. The Salon sent out a letter inviting her to a meeting to discuss gross misconduct. It did not specify what the alleged misconduct was or indicate that she was at risk of dismissal. At the hearing matters were raised which had not been referred to before. The Tribunal found that the real reason for dismissal was not that they believed the hairdresser had burnt the customer's head but because they wanted to show the customer that they had dealt with her complaint.

So:
1) always set out that dismissal may be an outcome of a discplinary meeting where that is the case
2) always send out details of allegations of gross misconduct - eg when, where, what , who
3) don't get someone to put acid on your head
Posted by SBJ at 2.11.06 No comments:

Office Parties - who needs them?

Presumably the answer is employment lawyers given two case reported this week:

He drunkenly groped her at NYT nightclub in the West End of London in December that year. She said: “He made unwanted advances towards me, including caressing me on a couch, even though I made it clear I wanted to go home.“He started to caress my back and asked me to stay a little longer. I said ‘no’, but he kept insisting and continued to caress my back for the duration that I was sitting there. He offered to pay for a taxi for my colleague and said he would take me home personally at the end of the night. Again I declined his offer.”

The Tribunal disabused the boss of his belief that an email saying " Someone's got the hots for you" was "lighthearted banter". The financial award has yet to be made but will be high.
The second case Richard Fleming v Jabil Circuits Ltd. Fleming was asked to organise the annual bash for his department, paid for by the company. 10 staff were expected to attend. He was given a cash advance of £150, booked a restaurant and advised everyone of the time and place. However only 2 turned up including him. Rather than wonder why everyone disliked them, they decided to have their meal, drink two or three bottles of wine which had already been opened, then go on a bar crawl part of which was not with co-workers. The next day the organiser of this very social evening submitted an expenses claim for £144 to one manager and eventually told another manager that only one other person had turned up. He was sacked for spending almost £300 on himself, another coworker and friends. The Tribunal awarded him £13,000 for unfair dismissal - having reduced the award as he was partly to blame for the dismissal in not telling his boss immediately that only 2 people turned up. Sometimes it's safer for mangers to shake their heads and laugh rather than get gung-ho.
Posted by SBJ at 2.11.06 1 comment:

In Stephen Welsh v Raymond Barnes the Glasgow Tribunal has award £4000 to an asthmatic worker who arrived late at work after a chest infection. His boss told him to go up the road and find another job. He responded by telling his boss where he could shove the job. The employer thought this was a resignation - in reality it was a direct dismissal by the boss. The award was reduced by the Tribunal as they felt the worker did have a poor attendance record and would have been dismsised fairly eventually for poor performance.
Posted by SBJ at 2.11.06 No comments:

Integration or Separation of Church and State?

Last year the House of Lords ruled that ministers of religion could bring claims for discrimination in the employment tribunal in the case of Percy v Church of Scotland. The case was referred back to an Employment Tribunal to decide if Mrs Percy had a case (she had been disrobed after allegedly disrobing with a married man who was not her husband). The Church of Scotland has reportedly settled the claim for £10,000.

The House of Lords left open the issue of whether a minister of religion could sue for unfair dismissal. The definition of employee in discrimination law is wider than in unfair dismissal law. The Employment Appeal Tribunal has today ruled in Sylvester Stewart v the New Testament Church of God that the earlier decision of the Watford Tribunal that ministers of religion can have unfair dismissal rights was correct. The full judgement is here.
Posted by SBJ at 27.10.06 No comments:

A CHAUFFEUR told yesterday how he battled through a blizzard to pick up his boss - only to be criticised for not being properly dressed."

I have quoted the text of the Daily Record's original webstory as I am sure they will correct the surreal typo sooner or later. Unless of course impromptu taxidermy was part of his job description...
Posted by SBJ at 26.10.06 No comments:

You've not started so you're finished...

In Andrew Logue v Argyl & Bute Council the Glasgow Tribunal has found that a blind social worker who never actually started work because his bosses kept putting off his start date was discriminated against on grounds of his disability. The cause of the delay was the Council's need to check that the support worker needed to enable Mr Logue to work, was suitable. There is public funding for adjustments made to help disabled people work and I expect that this support worker post was so funded. At the meeting where his support worker was to be interviewed there was some form of row about hours and Mr Logue "stormed out". The Council then assumed he no longer wanted the job and wrote to him regretting this. On the face of the report its hard to see what the discrimination was- however it is a useful reminder that discrimination law kicks in some time before employment commences and that even dismissal law does not require an employee to actually start employment. Above all though it is a warning about "interpreting" employee behaviour as meaning anything beneficial to an employer. The safest course is to check if they have in fact resigned.
Posted by SBJ at 26.10.06 No comments:

An eagerly awaited employment tribunal decision which was heard in July before Jack Straw's comments kicked off the public debate on the veil . According to the BBC report the claims for religious or race discrimination and harassment for suspending the veiled teacher have been dismissed. However £1100 has been awarded to her for victiminsation, £1000 for injury to feelings and £100 as the 10% uplift for failing to follow the statutory grievance procedure properly. It is not clear what the victimisation claim was for - in law it would have to be for subjecting her to a detriment or treating her less favourably because she raised complaints of discrimination or harassment. It does not appear that the suspension was the act of victimisation.

This may not be the end of the matter as the Council have said she can return if she agrees to remove the veil and she has said she has no intention of doing so. She also intends to appeal against the decision.

In Kate Haslam v All Hallows RC High School the Manchester Tribunal found that Mrs Haslam returned to work after maternity leave in January last year, she had been allowed to work two days a week on a short-term basis for six months but when she asked the school's head if the part-time arrangement could be made permanent she was refused, as the head believed the quality of teaching would suffer if pupils were dealing with more than one member of staff. The head believed there was an insufficient source of part-time teachers to become involved in a job-share arrangement. The Tribunal said this was indirect sex discrimination and the School should have investigated the possibility of a job share. It appears that there was a settlement as there is no report yet of any award.
The comment section in the Manchester Evening News is quite amusing:
"What an absolute disgrace! Here we have another public sector tribunal being won by the claimant because the panel was probably being to 'politically correct'. "
Well it has got nothing to do with political correctness - it's about making sure women are not penalised for raising their kids.
Posted by SBJ at 16.10.06 No comments: 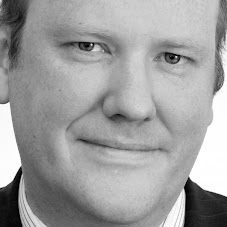 James Lynas is a solicitor based in London Bridge and has worked solely on employment and HR issues since 1995. He is Chair of Governors at his local secondary school and for his sins is a Coventry City season ticket holder